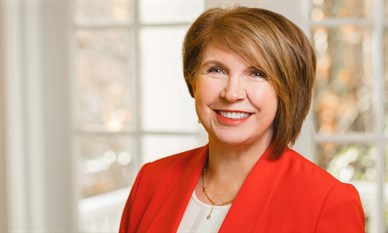 Lorie founded StateScape in 1991. With over 30 years of experience in state and local government affairs, she has developed a level of expertise that has directly contributed to the long-standing success of her firm. As President, Lorie is responsible for the daily management of staff operations, and works closely with both her team and clients to ensure a superior work product. She is the driving force behind StateScape’s innovations and oversees the development and application of StateScape’s future services.

Lorie began her career in Pennsylvania’s state government and has held positions with the National Soft Drink Association, American Gas Association, and an affiliate of the National League of Cities and Conference of Mayors. She holds a Bachelor of Science Degree in Legal Studies from Quinnipiac University and a Master of Arts Degree in Public Administration from the University of Southern California.

Lorie has held leadership positions with the Washington Area State Relations Group and Women in Government Relations, and is a recipient of the “Business Associate of the Year” award from the American Business Women’s Association. She has been profiled in The Washington Post, The Washington Times, and TIME Magazine. 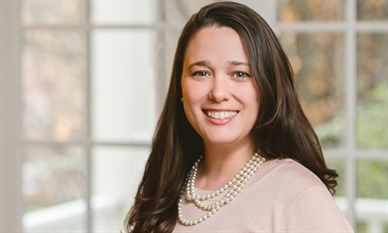 As an experienced policy analyst and attorney, Irene lends her expertise in administrative law and multi-jurisdictional compliance to her role as Vice President of Research at StateScape. Her chief responsibilities are to oversee research staff operations and data management, to develop policy monitoring tools and process improvements, and to design effective custom tracking solutions for clients.

Prior to joining StateScape, Irene performed legal research and policy monitoring while employed with several prominent trade organizations, including the U.S. Chamber of Commerce and the National Association of Broadcasters. Irene graduated with honors from The George Washington University Law School and holds a Bachelor of Arts from the University of Miami. She is a member of the District of Columbia Bar and the New York State Bar. 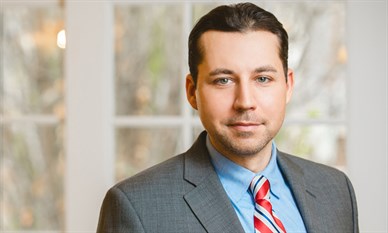 With a background in business and government affairs, Ian serves as the Director of Client Development at StateScape. He is responsible for establishing new client contracts, as well as further developing the firm’s business strategy and marketing efforts. 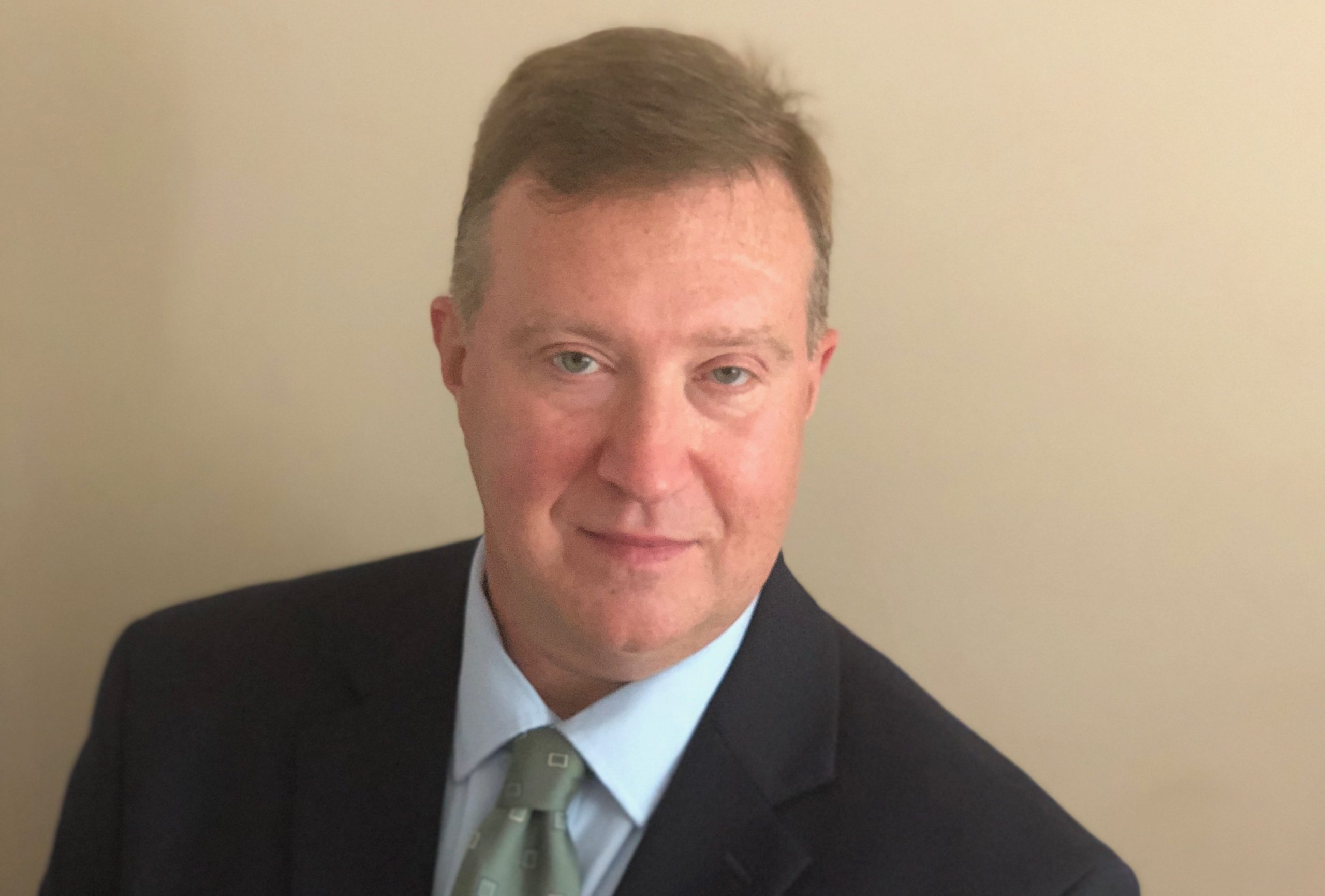 With more than 20 years of state government relations experience, Aaron maintains a close working relationship with clients to ensure they are receiving the full benefits of their contracted partnership with StateScape. His extensive experience in state level lobbying and grassroots advocacy, most of it with professional and trade associations based in Washington, D.C., helps him relate to the informational needs and general governmental relations challenges facing StateScape’s clients.

Notably, Aaron worked for eight years as the Director of State and Local Government Relations at the American Society of Civil Engineers (ASCE) where he oversaw the association’s program to influence state governments on issues affecting the civil engineering profession. He has also worked on state advocacy for the American Institute of Certified Public Accountants (AICPA) and directed the state lobbying efforts for the Personal Watercraft Industry Association (PWIA). Aaron served for four years on the lobbying team at the Distilled Spirits Council of the United States (DISCUS) and most recently served as the Director of State Government Affairs for the National Association of Professional Employer Organizations (NAPEO). He began his government relations career here at StateScape as a research associate. Aaron is a graduate of Indiana University with a double major in journalism and political science, has an M.A. in political science from Ball State University, and holds the Certified Association Executive (CAE) credential. 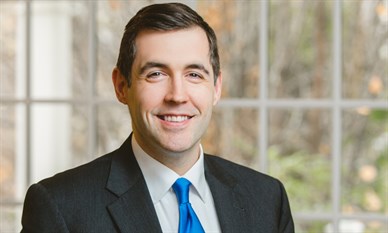 With years of experience as an attorney in public service and political campaigns, James serves as Director of Research Staff and Special Projects at StateScape. James is responsible for spearheading improvement projects to increase the efficiency and scope of company operations, managing the research staff, assisting in the implementation of quality control measures, and overseeing all aspects of the tracking and analysis of over 1,500 local governments.

Prior to joining StateScape, James served as Voter Protection Director in South Carolina, as well as a member of the Obama 2012 and McAuliffe 2013 Voter Protection teams. Through his political consulting business, James has advised the Democratic National Committee (DNC), and the Virginia, Kansas, and South Carolina Democratic Parties. James obtained his Juris Doctor from American University Washington College of Law, holds a Bachelor of Arts from the University of Maryland, and is a member of the Maryland Bar. 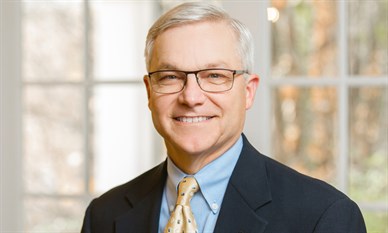 With almost four decades of experience in Data Processing and IT Management, Monte brings a wealth of knowledge and ingenuity to his role as Director of IT. In this capacity, Monte leads the development of StateScape’s technology innovations, as well as management of the firms IT systems and infrastructure.

Prior to joining StateScape, Monte served as Director of IT at Coldwell Banker Stevens, and Realogy Holdings Corporation. He has excelled in a variety of industries, including manufacturing, public accounting, professional counseling, and real estate. Monte holds a Bachelor of Science degree from Louisiana Tech University.

With experience in advocacy and trial preparation, Jelena’s deep understanding of public policy and legal research contributes to her success at maintaining research quality and supporting analysts in synthesizing their substantive knowledge and issue understanding, with client needs. In this capacity, Jelena coordinates research staff training, monitors trends and emerging issues at the state and federal levels, and ensures quality and timely tracking for StateScape clients.

Prior to joining StateScape, Jelena supported attorneys representing inmates on death row and participated in dependency litigation. She holds a Bachelor of Arts degree from George Mason University and obtained her Juris Doctor from Temple University Beasley School of Law. Jelena is a member of the Virginia Bar.

Education: George Fox University, B.A.
Background: Former associate and trainer for a financial institution and a case manager for a nonprofit.

Education: University of Vermont, B.A.
Background: Extensive experience with research as a military postal affairs specialist for the DOD supporting criminal investigations to combat fraud, in addition to serving as a senior administrative assistant for Smithsonian Business Ventures and as a freelance fact checker with Sundance Publishing.

Education: University of North Carolina at Chapel Hill, B.A, M.L.S.
Background: Years of experience in gathering and categorizing extensive amounts of data as a graduate assistant at the Southern Oral History Program at the Center for the Study of the American South and the Stone Center Library as well as work with the Smithsonian American Art Museum and National Portrait Gallery.

Education: North Carolina A&T State University, B.S.
Background: Years of experience with financial and consumer issues, including a focus on identifying trends and technology that allow for an increase in productivity and innovation.

Education: University of Wisconsin-Madison, B.A.
Background: Healthcare policy specialist with over 20 years experience as an advocate and policy analyst for food and pharmaceutical industries at trade associations and corporations.